You've selected the U.S. Edition. Would you like to make this your default edition?    Yes   |   No 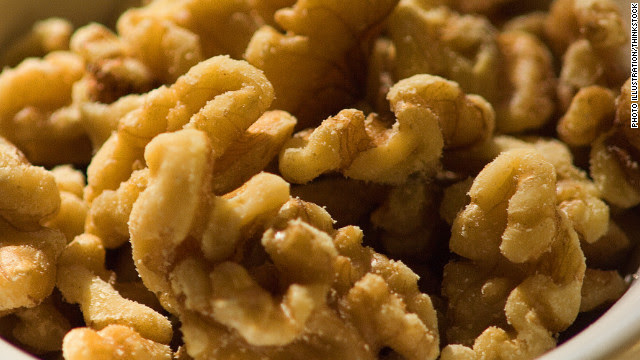 In nuts we trust?
People who ate nuts seven or more times a week, in fact, enjoyed a 20% lower death rate after four years than individuals who did not eat nuts. Nut eaters also tended to be leaner, more physically active, and non-smokers.
Prior studies found similar connections between nuts and longer life, but the large size of this study gives the association more support.
The study was partially funded by the International Tree Nut Council Nutrition Research & , a nonprofit organization representing nine tree nut industries, but the group played no role in the research or results, said Maureen Ternus, executive director.
How many nuts does it take to extend lifespan? That's not clear, and the scientists say that the findings don't imply any cause and effect relationship between nuts and later death, but the correlation is worth investigating further.
Nuts are part of the balanced diet that public health officials recently outlined in the  -- the government group advised that adults eat about five to six ounce of protein (which could include nuts) a day.
This story was initially published on TIME.com.
Eat nuts, live longer
© 2012 TIME, Inc. TIME is a registered trademark of Time Inc. Used with permission.
23
Comments »
SHARE THIS
From Around the Web
More from CNN
Recommended by
Obamacare
Harry Reid
Jameis Winston
Wrong Airport
More from CNN Video:

How one woman loses 117 pounds

Rub-a-dub-dub, newborns cuddle in a tub!
More from CNN:

Warning signs parents can't ignore
From Around the Web:

© 2013 Cable News Network. Turner Broadcasting System, Inc. All Rights Reserved.
Terms of service | Privacy guidelines | AdChoices | Advertise with us | About us | Work for us | Help
CNN Newsource | License Footage
Posted by Rev. Bren Jacobson at 10:03 AM