Ways To Cut Costs: Stop Spending Money On These Things

52
5
6
1
GET OWN ALERTS:
SIGN UP
FOLLOW:
Personal Finance, Money Saving Tips, Cut Costs, How To Save Money, Money Advice, OWN Empower Yourself, OWN Simplify Your Life, Save Money, Saving Money, Spend Less, Spending Habits, Stop Spending, Stop Spending Money, OWN News
By Lynn Andriani
No, we're not suggesting you ditch your latte: We've found seven expenses you can cut out painlessly.

7 Things To Stop Spending Money On


1 of 8

 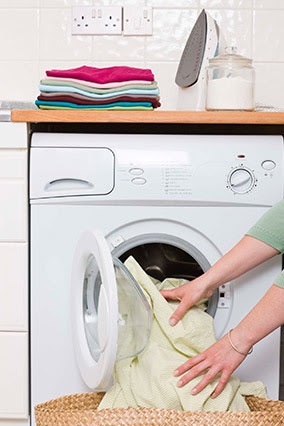 Thinkstock


Keep in touch! Check out HuffPost OWN on Facebook and Twitter .
Related On HuffPost:

Pricey Foods To Stop Buying (And What To Buy Instead)


1 of 9

 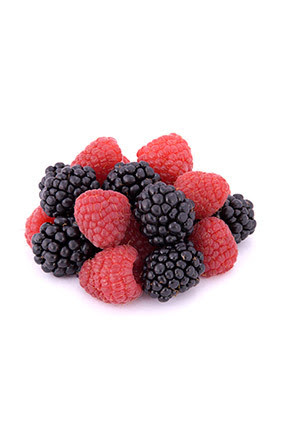 Thinkstock


ALSO ON HUFFPOST:

How To Save Money On Healthy Food


1 of 8

 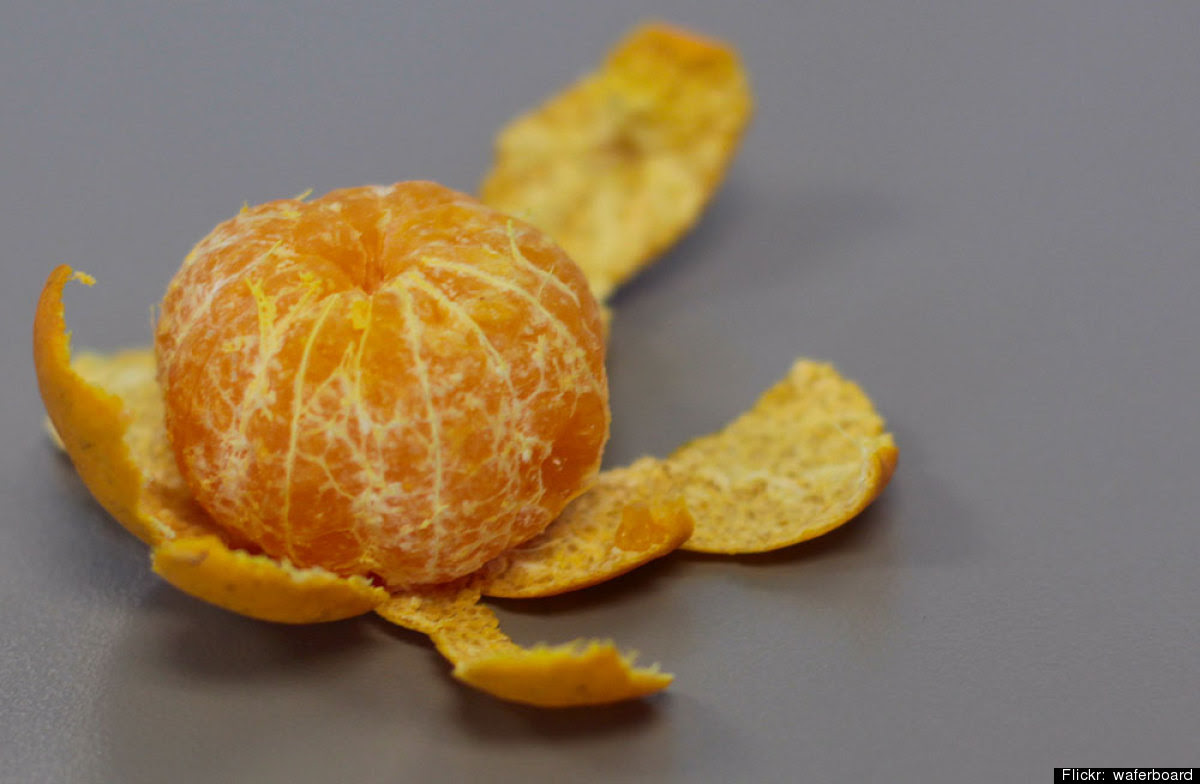 Flickr: waferboard


Posted by Rev. Bren Jacobson at 10:45 AM No comments:

just be careful you don't get nintendo thumb

Gaming might actually reduce stress and depression.
ThinkStock/Wavebreak Media
Y
our parents may have tried to kick you off your Super Nintendo just about every time you sat down in front of it because they were concerned about how it might affect your long-term health. Plenty of studies have shown that games that don't require a lot of physical movement can have an adverse effect on children as they grow older. But perhaps counter-intuitively, there have also been several studies  touting the health benefits of gaming.
1. Video games are therapeutic for children with chronic illnessesThe University of Utah released a study last year that examined the effects of regular gaming on children diagnosed with illnesses like autism, depression, and Parkinson's disease. Kids who played certain games, including one designed just for the study, showed signs of improvement in "resilience, empowerment, and a 'fighting spirit.'" Researchers believe the games' ability to act on "neuronal mechanisms that activate positive emotions and the reward system" helped improve kids' demeanors as they faced the daily challenges of their illnesses.
2. Video games improve preschoolers' motor skillsLetting a 4-year-old sit in front of a TV with a game controller might not seem like the most productive use of her time. But researchers from Deakin University in Melbourne, Australia, would disagree. Their study examined the development of 53 preschool-aged children, and found that those who played "interactive games" had better "object control motor skills" than those who didn't. It's not clear, though, whether children with better-than-average motor skills tend to gravitate toward video games in the first place.
3. Video games reduce stress and depression2009's Annual Review of Cybertherapy and Telemedicine included a study that found that gamers who suffered from mental health issues such as stress and depression were able to vent their frustration and aggression by playing video games — and showed a noted improvement. The study hypothesized that games gave certain "Type A" personalities time to relax in "a state of relative mindlessness" that allowed them to avoid reaching "a certain level of stressful arousal" as they tried to relax.
4. Video games provide pain reliefVideo games don't just provide relief from emotional pain. They can also help those who are suffering from physical pain. Psychologists at the University of Washington developed a gamethat helps hospital patients suffering from immense physical pain by using an age-old mental trick: distraction. The virtual reality game "Snow World" put patients in an arctic wonderland in which they throw an endless arsenal of snowballs at a series of targets, such as penguins and snowmen. Military hospitals found the experience helped soldiers recovering from their battlefield wounds. The soldiers who played "Snow World" required less pain medicine during their recuperation.
5. Video games can improve your visionMom may have warned you that sitting in front of the TV wasn't good for your eyes. But one developmental psychologist found it could actually be beneficial to your vision. Dr. Daphen Maurer of the Visual Development Lab of Ontario's McMaster University made a surprising discovery: People suffering from cataracts can improve their vision by playing first-person shooter games like Medal of Honor and Call of Duty. She believes these games are so fast-paced that they require an extreme amount of attention, training the visually impaired to view things more sharply. They can also produce higher levels of dopamine and adrenaline that "potentially may make the brain more plastic," she said.
6. Video games improve your decision-making skillsMost video games require fast reactions and split-second decisions that can mean the difference between virtual life and virtual death. Cognitive neuroscientists at the University of Rochester in New York found these games give players' brains plenty of practice for making decisions in the real world. Researchers suggest that action-oriented games act as a simulator for the decision-making process by giving players several chances to infer information from their surroundings and forcing them to react accordingly.
7. Video games keep you happy in old ageResearchers from North Carolina State University looked closely at our aging population to see if there was a link between playing video games and mental well-being — i.e. "happiness." They found that senior citizens who said they played video games — even occasionally — reported "higher levels of happiness, or well-being," says Rick Nauert at PsychCentral. "Those who did not play video games reported more negative emotions" and were more likely to be depressed. It's unclear what exactly is behind this link — or if the relationship is even causal.
Posted by Rev. Bren Jacobson at 11:32 AM No comments:

(Photo : Flickr/ SoraZG) Salt linked to immune rebellion in study
The frequency of autoimmune diseases in Western societies, such as multiple sclerosis and type 1 diabetes, has risen in recent decades. In three research papers published Wednesday, high-salt consumption was attributed as a risk factor for causing the spike in these diseases.
In three studies published in Nature, researchers said that salt may activate a part of the immune system that can target the body. Experts quickly cautioned that although the findings were interesting and plausible, avoiding salt altogether is a not cure for people with multiple sclerosis.
Like Us on Facebook
The three studies were done by teams of researchers at the Brigham and Women's Hospital and the Broad Institute of MIT and Harvard. In two of the studies in mice and human cells, scientists saw that salt boosted the development of a type of immune cell known as T helper 17, or Th17, that has been implicated in diseases like MS, psoriasis and rheumatoid arthritis.
Autoimmune diseases develop when the immune system attacks rather than protects the host.
Other researchers found they could induce more severe forms of autoimmune diseases, and at higher rates, in mice fed a diet higher in salt than others.
"It's premature to say: 'You shouldn't eat salt because you'll get an autoimmune disease'," says one of the study authors, Dr Aviv Regev from the Massachusetts Institute of Technology.
"We're putting forth an interesting hypothesis - a connection between salt and autoimmunity - that must now be tested through careful epidemiological studies in humans."
Dr David Hafler, a professor of immunobiology at Yale University in New Haven, Connecticut, and senior author of one of the three papers, says the findings now need to be studied in people.
"It's not bad genes. It's not bad environment. It's a bad interaction between genes and the environment," said Dr. Hafler.
"It can't be just salt. We know vitamin D probably plays a small component. We know smoking is a risk factor. This now suggests that salt is also a risk factor," Haffler said.  He added that the exact amount of salt considered to be "too much" is still unknown.
Posted by Rev. Bren Jacobson at 1:10 PM No comments: