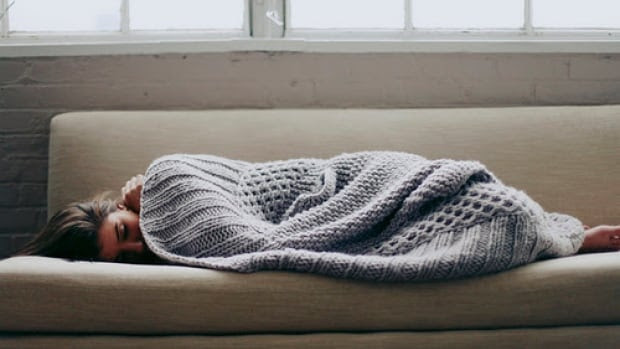 Myalgic encephalomyelitis (ME) or chronic fatigue syndrome (CFS) is not only known for causing an overwhelming sense of tiredness that reduces the ability of those who suffer from it to participate in pre-illness activities, but also for having its legitimacy questioned by members of the public. Following a report from the Institution of Medicine (IOM), that could change.
If you can't pronounce myalgic encephalomyelitis (ME), you may be in the company of some health-care professionals: Information about the condition, commonly called chronic fatigue syndrome (CFS), is included in fewer than one-third of medical school curricula around the world.
The public has questioned the disease's legitimacy, and so far, it is impossible to identify by medical testing: Some wait years to find out why they are too tired to lift their arms to wash their hair in the shower or get out of bed in the morning.
But following an  (IOM) committee report, those aspects of ME/CFS could change for  who suffer from it.
reports that number to be 400,000 and growing.
The IOM report, which was released to the public on Feb. 10, is complete with recommendations for new diagnostic criteria for ME/CFS.
It even includes a proposed new name: Systemic exertion intolerance disorder, or SEID.
"They're trying to make it easier to tag people," said CBC house doctor on Wednesday's Information Radio.
"Because all of a sudden, you have a real condition... Disease means 'this is real,' whereas syndrome kind of means 'collection of [symptoms].'"
The U.S.  (HSS), which issued a contract to the IOM for the report, must decide how to implement and accept the findings.
Canada must decide whether to adopt them.
Lin says even the prospect of change allows health-care professionals to imagine improved circumstances surrounding SEID, including those in the workplace of those afflicted by it.
"By being tagged with this name, then basically the patient realizes that...for insurance purposes and for work, now it becomes real."

The HHS, the  (CDC) and four other health organizations asked an IOM expert committee to examine evidence of ME/CFS.
Members of the committee completed the project in one year, and submitted their report, Beyond Myalgic Encephalomyelitis/Chronic Fatigue Syndrome: Redefining an Illness, to the HHS in January.
According to the report, those findings include new diagnostic criteria that will facilitate diagnosis: An aspect of ME/CFS known to complicate the lives of those who suffer from it, some consulting with several doctors before discovering the source of their symptoms.
"The illness previously known as ME/CFS is known to have many symptoms," Dr. Lucinda Bateman told the CBC.
Bateman is a general internist and clinical specialist in the diagnosis and management of SEID. She served on the IOM committee and runs the Fatigue Consultation Clinic in .
"The most common criteria used [to diagnose the illness now]...are the 1994 Fukuda Criteria," she said.
According to the CDC, the Fukuda Criteria ask that the patient undergo medical history, mental and physical examinations, and laboratory tests before being diagnosed with ME/CFS.
In order to meet the criteria, the patient must be chronically fatigued for more than six months and experiencing at least four of eight symptoms, including but not limited to muscle pain and headaches of a new type, pattern or severity.
In their report, the IOM committee recommends that doctors look for the following three core symptoms when diagnosing SEID:
Additionally, the committee encourages doctors to identify one of two other symptoms in patients: Cognitive impairment or the worsening of symptoms when one stands up.
"The...criteria for SEID are more simple, because after evidence review, many of the symptoms in previous case definitions don’t seem to be present in everyone all the time, or even in a consistent pattern," Bateman said.
"The SEID diagnostic criteria focus on the most common, prevalent and constant symptoms based on large studies of ME/CFS patients." 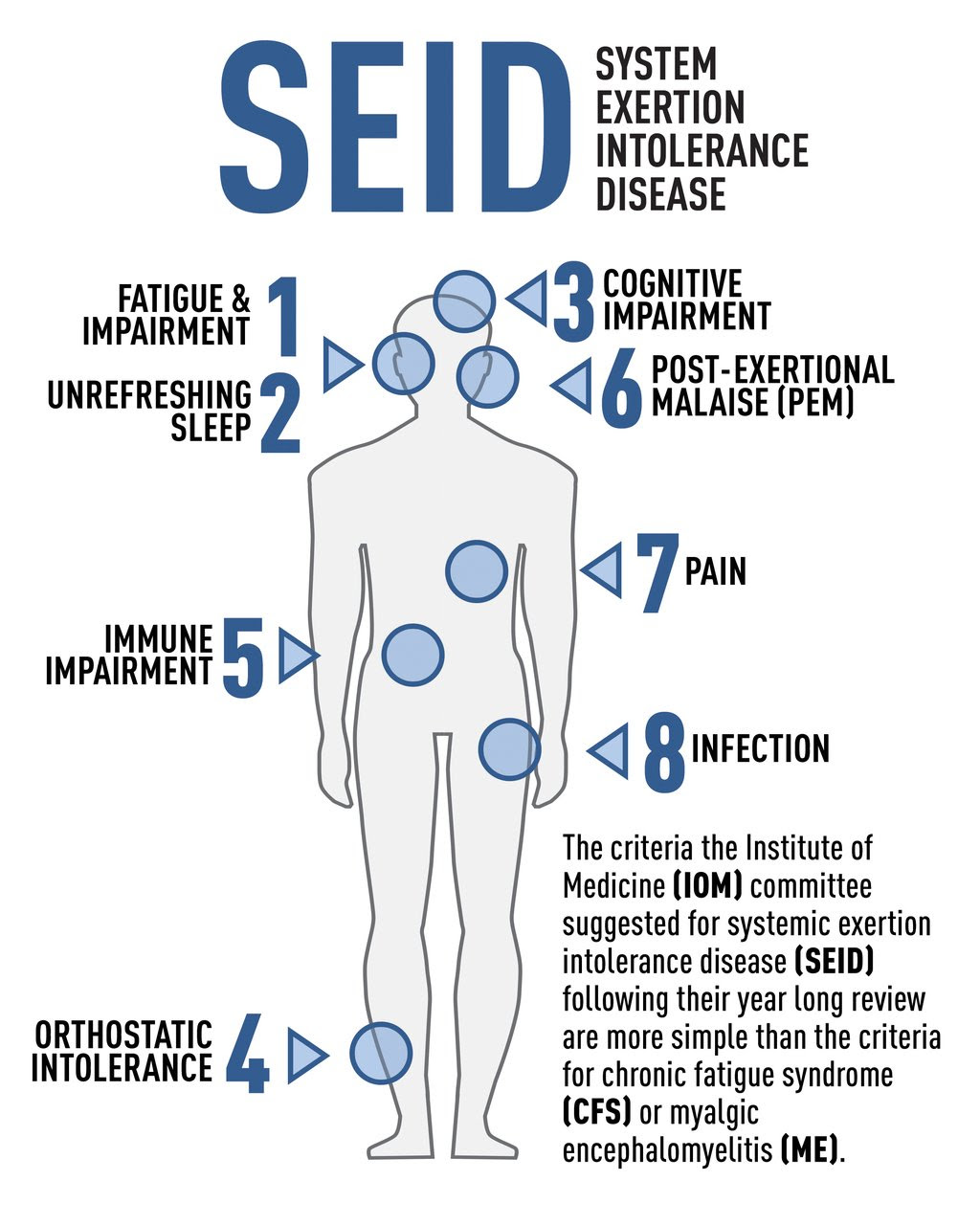 Click on this CBC News graphic for information about symptoms of SEID.

While the IOM report may help patients reach quick diagnoses and provide medical documentation to employers that warrant time away from work to rest, the findings do not include a cause for the illness or, as a result, a proposed cure.
"And so what we do is we manage each symptom," Lin said.
Exercise programs to help strengthen muscles and sleep studies or medications are examples of what doctors may recommend for those suffering from SEID.
"So even though there is no quick fix, what we do is try and manage those symptoms so these people can live."

Lin advises those who suspect they may have SEID to adjust their sleeping habits before consulting a physician.
"Get two, three weeks worth of good sleep and if you feel better...then you don't have this condition," he said.

If adequate sleep does not relieve symptoms — the key to SEID, according to Lin, is that sleep will not ease the overwhelming sensation of exhaustion — doctors are expected to run blood tests to rule out disorders that manifest themselves in similar ways.
Anemia or thyroid issues, as examples.
The report implies changes in diagnoses from the perspective of a doctor, too, Lin says.
According to the IOM committee, many health care professionals are aware of SEID, but may not understand it or lack knowledge about how to diagnose and treat it.
"...This disease will now sort of pop up higher on the list of things that we will be considering," he said.
Do you believe ME/CFS, now known as SEID, is a legitimate disease?
VoteView Results
Report Typo
Send Feedback
Comments on this story are moderated according to our Submission Guidelines. Comments are welcome while open. We reserve the right to close comments at any time.
Login | Signup
Commenting is now closed for this story.
Follow
Submission Policy
Note: The CBC does not necessarily endorse any of the views posted. By submitting your comments, you acknowledge that CBC has the right to reproduce, broadcast and publicize those comments or any part thereof in any manner whatsoever. Please note that comments are moderated and published according to our submission guidelines.