http://bucks.blogs.nytimes.com/2012/12/24/dont-mistake-investing-folklore-for-personalized-advice/
Posted by Rev. Bren Jacobson at 10:02 AM No comments:

doing what you like is freedom.
liking what you do is happiness.
Posted by Rev. Bren Jacobson at 1:21 PM No comments:

http://www.prohealth.com/library/showarticle.cfm?libid=17762
Posted by Rev. Bren Jacobson at 1:19 PM No comments:

be happy that you can watch this friday

be happy that you can watch this saturday
http://www.geek.com/articles/geek-cetera/nasa-confidently-releases-why-the-world-didnt-end-video-20121219/
http://www.geek.com/articles/geek-cetera/nasa-confidently-releases-why-the-world-didnt-end-video-20121219/
Posted by Rev. Bren Jacobson at 12:48 PM No comments:


for those who still believe that bankers are honest and should be bailed out with taxpayers money
these are the same people who put their wealthy clients in offshore accounts to help them avoid taxes.
http://www.businessweek.com/news/2012-12-19/ubs-libor-fine-soars-as-traders-bribed-brokers-to-fix-libor-rate
Posted by Rev. Bren Jacobson at 11:59 AM No comments:

owning a gun increases one's risk of being killed by one

owning a gun increases one's risk of being killed by one

http://dallasmorningviewsblog.dallasnews.com/2012/12/the-nra-signals-some-wiggle-room-on-guns.html/
Posted by Rev. Bren Jacobson at 10:08 AM No comments:

Cats’ purrs might be more than just a way to communicate though. Scientists like Elizabeth von Muggenthaler, a bioacoustics researcher, believe that cats also purr to heal themselves.

She says that frequencies between 24-140 vibrations per minute are therapeutic for bone growth, pain relief and wound healing. She recorded a variety of cat purrs, including those of domestic cats, ocelots, cheetahs and pumas, and discovered that the animals’ purrs all fit into the range for anabolic bone growth.

Purring isn’t just good for cats though — it’s also healthy for cat owners. Studies show that cats do a better job of relieving stress and lowering blood pressure than other pets. In fact, a 10-year study at the University of Minnesota Stroke Center found that cat owners were 40 percent less likely to have heart attacks than non-cat owners — and purring might play a role in that.

“Purring is an auditory stimulus that people attribute to peacefulness and calmness," Dr. Rebecca Johnson, director of the Research Center for Human Animal Interaction, told WebMD. “That gives us positive reinforcement for what we’re doing and can contribute to the whole relaxation effect when we interact with our cats.”

Posted by Rev. Bren Jacobson at 6:41 PM No comments:

the emperor's new cloths.
this is the second biggest scam in the history of mankind.
filtered tap water costs $0.06 cents a gallon.  bottled water is totally unregulted.  if anyone wants info or a good filter call me at 410 224 4877.

Kevin McCoy has covered everything from the 1993 World Trade Center bombing to the 9/11 attacks and Hurricane Katrina, plus investigations of prosecutorial misconduct and prescription drug safety
Send Kevin McCoy a Message

Apple shares still in freefall, head toward $500
Money
| 6 hours ago 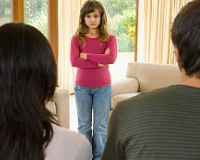 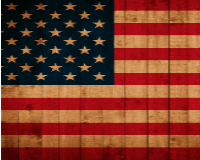 NFL Draft Busts: Where Are They Now?Lost Letterman
Comment 20

Or share on:
TwitterGoogle+LinkedIn
Print
Feedback
Posted by Rev. Bren Jacobson at 5:53 PM No comments:

best and worst for health

http://www.helpingyoucare.com/24082/new-report-on-americas-health-rankings-indicates-progress-but-troubling-challenges
Posted by Rev. Bren Jacobson at 6:41 PM No comments:

which phone to buy


why droids are eating apples for lunch.
iphone vs. droids


5:48 PM
"Google's market-share rose so quickly because their OS is FREE. It's nearly impossible to compete with free "

That is partially true. It was free and that helped, but it was mostly because it was open. You can get anything you want, vs the one phone fits all model of Apple. Up until 2012, Android was inferior, but still outselling IOS for those reasons. Now, its actually a much better OS than IOS and you can still have options, and its free.

This list has alot to do with why Android is outselling IOS 5 to 1 and growing. iPhone just has WAY to many things missing for a high end phone.